“Everyday he was hustling” and on his road to riches he had to speak with us at Hustlenomics to certify the incredible story of his success. We were at his launch party in Miami for his debut album Port of Miami. There were Rolls Royce’s outside and Jay-Z was in the building among others. You could see the makings of the Belaire, and Ace of Spades partnerships (all brands owned by Sovereign Brands), and D’USSÉ which Sovereign Brands developed and sold to Bacardi. This was only the beginning of Rick Ross’s empire building which has now expanded to a liquor line, a record label, ownership of several wingstop franchises, and so much more including his acquisition of Evander Holyfield’s mansion which we featured exclusively in sister publication Owners Illustrated Magazine. 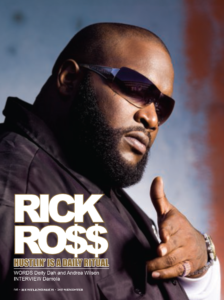 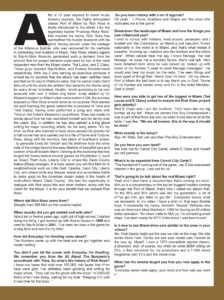 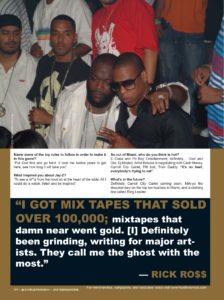